Nestled on the Central Waterfront between China Basin and Candlestick Point, Warm Water Cove sits at the end of 24th Street, east of Illinois Street and close to the new Third Street light rail. It's one of the parks embedded in the Blue Greenway, San Francisco's vision for the southern part of the regional Bay Trail and the Bay Water Trail.

The tires that were on the shore that gave this spot its nickname "Tire Beach" has been cleaned up, the weeds pulled out, trash picked up, walking path repaved...this industrial wasteland is becoming an attractive green space that welcomes visitors to this hidden gem. Sunset is a great time to look at the Bay Bridge and Oakland!

Warm Water Cove is owned by the Port Authority. 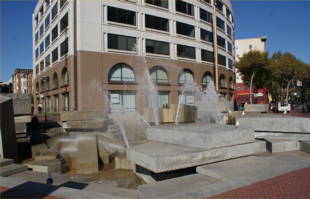 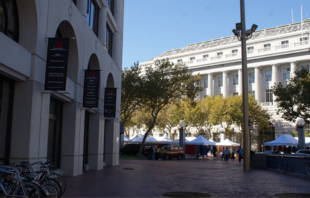 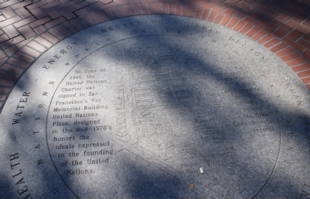 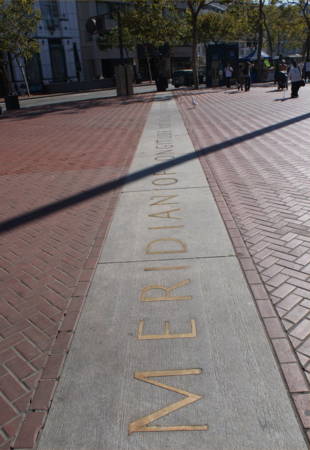 All light-rail/subway trains (J/K/L/M/N/T) stop underneath at Civic Center station.

Every Wednesday and Sunday there is a Farmers Market here that has a variety of very fresh and natural fruits, vegetables, and foods!

United Nations Plaza was built in 1975 as part of the Market Street Reconstruction Project in conjunction with the subterranean installation of BART. United Nations Plaza is a 2.6-acre pedestrian mall extending from Market Street to Hyde Street in San Francisco's Civic Center area. The plaza is a major portal for all modes of San Francisco's transportation system including Muni and BART. World-renowned landscape architect Lawrence Halprin was the original plaza designer. -sfstation.com