Washington Square is a big green space in North Beach, near Telegraph Hill. There is plenty of space to play catch or frisbee with friends or your pooch, lie in grass on a hot day or have a picnic! The Marini Plaza in this park features a garden pond. The park also has play structures and bathrooms. Washington Square is owned by the San Francisco Recreation and Parks Department. 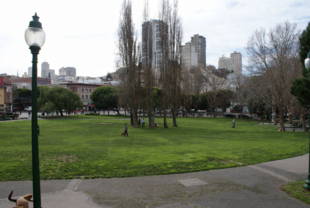 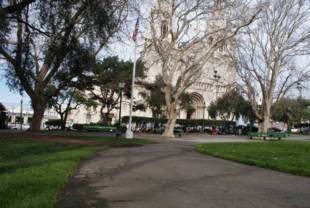 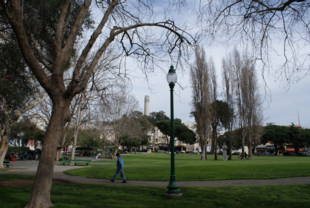 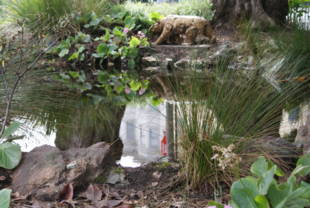